Following stimulation by hormones, cytokines, and other stimuli, DGLA, AA, and EPA are released from cell membranes and become substrates for eicosanoid production (Figure 4). 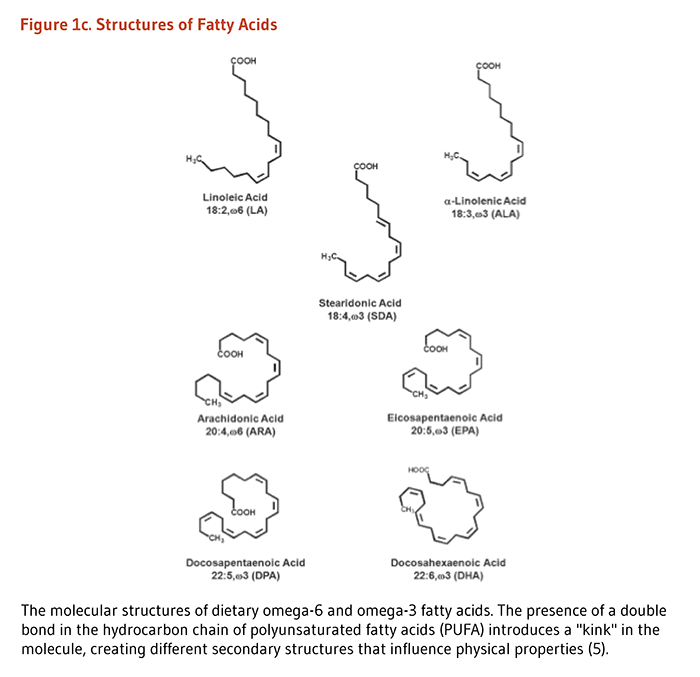 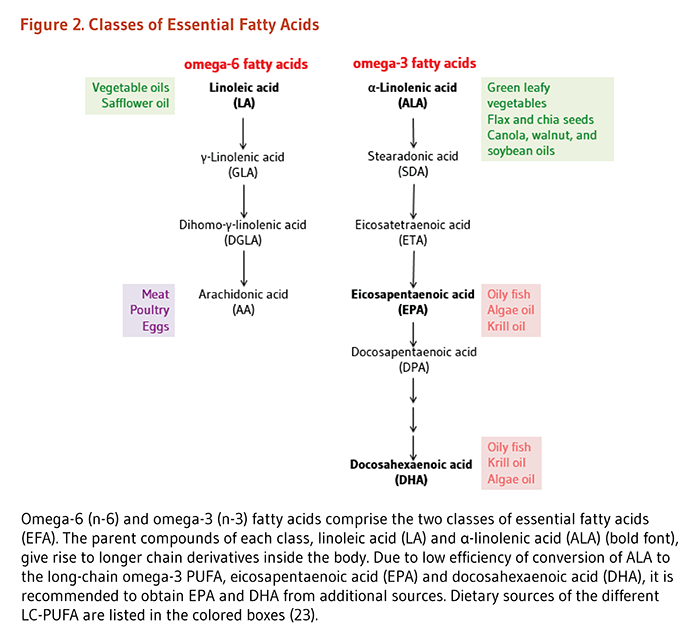 Blood concentrations of fatty acids reflect both dietary intake and biological processes (3). Humans can synthesize longer omega-6 and omega-3 fatty acids from the essential fatty acids LA and ALA, respectively, through a series of desaturation (addition of a double bond) and elongation (addition of two carbon atoms) reactions. LA and ALA compete for the same elongase and desaturase enzymes in the synthesis of longer polyunsaturated fatty acids, such as AA and EPA.